is a book. Don’t forget the adults on your Christmas list. And who says you can’t re-supply your own TBR stack for the new year? Check out these titles. And at some of these prices, these books make good stocking stuffers.

Easton at Christmastide by Rebecca Price Janney, The Men of Amish Fiction Present A Christmas Collection,  Christmas from the Heart: A Collection of Christmas Romances, Homeless for the Holidays by P. S. Wells, The Red Suit Case by Ace Collins, Red Pen Redemption by Lori Stanley Roeleveld, and a collection by Linda Wood Rondeau: Miracle on Maple Street, Snow on Bald Mountain, It Really IS a Wonderful Life, and A Christmas Prayer. 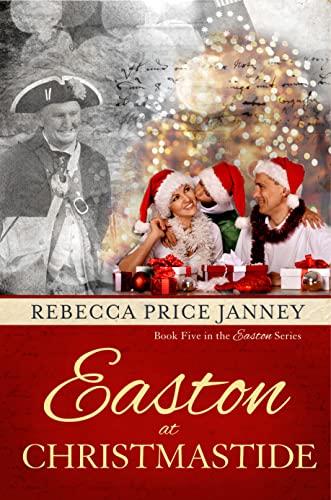 Easton at Christmastide, a story of epic failure and amazing grace, is book five in the much-loved and award-winning Easton Series about two people, over two hundred years apart, joined by blood ties, parallel experiences, and a winsome town beckoning “come home.”

Easton and its favorite son Colonel Peter Kichline have reason to rejoice—the Revolutionary War is finally over! Against all possible odds, General Washington’s troops have prevailed against the world’s mightiest military. Peter believes the time has come to win the peace, but when a former villager, married to a missing British officer, wants to come home, the townspeople don’t exactly roll out the welcome mat.

Meanwhile, newlywed Erin Miles Bassett is looking forward to a Hallmark-worthy Christmas while collaborating with a celebrated historian and author. She’s experiencing a season most people would envy, and while life is just about perfect, getting everyone else to cooperate is like herding cats. A brash businessman blindsides her. A sudden illness threatens her holiday plans, and certain family members have very different ideas about the ideal Christmas.

Join Peter and Erin as they discover the real blessing of the season isn’t a stunning tree—
but the Perfect Gift. 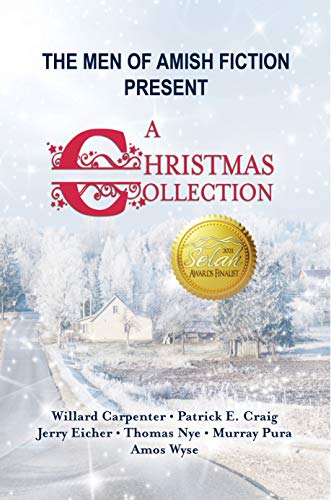 These stories are about Amish women and men making their way through hard times and good times during the Christmas season. Each story is unique, as unique as each of the six authors, as unique as every person who reads the stories. The hope is everyone will find something that encourages and blesses, something that gives fresh life, renewed faith and good cheer. “The light shines in the darkness and the darkness has never been able to put it out” (John 1:5). Froliche Weihnachten! Merry Christmas to all!

A collection of romance stories to warm your heart

Grab a cup of hot chocolate or warm apple cider, sit by the fire, and fill your senses with the best of Christmas stories offered by the authors of Elk Lake Publishing. 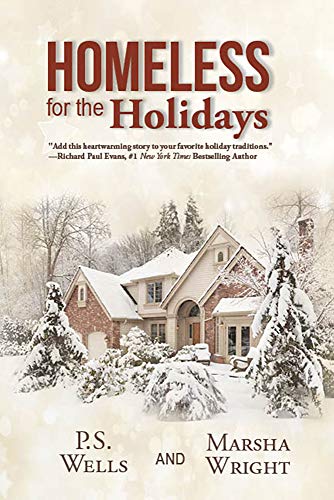 “Gladdening and humorous assurance that the best things in life have nothing to do with things.” —Richard Paul Evans, #1 New York Times Bestselling Author of 43 books including The Christmas Box.

Christmas is coming, and Jack Baker’s finances, friends, and future are as gone as last year’s holiday. One year ago, Jack Baker had it all—a beautiful family, a lucrative career, and a generous bonus to spend on the annual Baker family Christmas extravaganza. Now the Bakers are homeless and clueless about what to do next. Amidst the holiday traditions and trappings, one family learns what is truly important when they lose all they have, and and they still have everything. 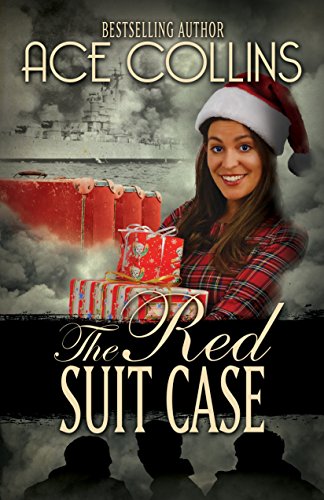 Helen Meeker has traveled the globe fighting the world’s most evil forces, but a small boy has given her a seemingly impossible case. The child believes the same people who killed his father on the Astoria during the first summer of World War II have also murdered Santa Claus. How will Meeker prove to Walter Glasglow that the jolly elf is still alive?

Napoleon Lancelot is presented with a mystery that has no easy solution. More than 25,000 kids in Chicago won’t be getting presents on Christmas morning. How can he identify those children, find the money to buy them gifts, and get the presents delivered in time to preserve holiday magic?

Teresa Bryant is confronted with a case involving a hit and run victim who died before he was struck, and two other men who try to use his death to disappear. Who is who is who in this triple dose of mistaken identity, and why are the two men so eager to vanish?

As the three detectives go in different directions in desperate attempts to solve their cases, a demented woman and her army of hit men are intent of eliminating each of them before Meeker’s team can reveal the secret of Hitler’s contact in Washington, DC.

With more twists and turns than a mountain road, The Red Suit Case is both a heartwarming story and heart-pounding exploits when the three different cases collide in a climax that might spell death for one in order for two to live. 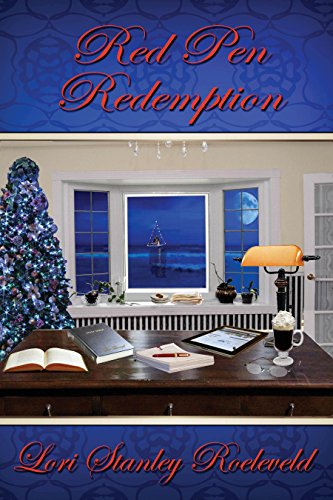 What if God took you up on a dare?
Helen Bancroft’s led a good life and feels no need for her daughter’s Savior. When God accepts Helen’s dare to edit her autobiography and prove her righteousness, she’s in for a lesson in her own history. One woman’s journey from unbelief to acceptance turns into the Christmas Eve adventure of a lifetime beneath the red pen of Christ’s mercy and grace. 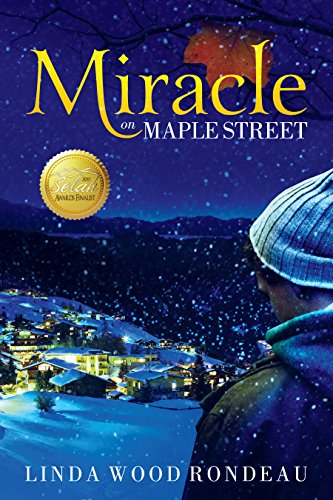 “Christmas is a time for miracles,” Ryan McDougal tells his mother, when he is told that a long lost cousin, Millie, has resurfaced after nearly forty years, the cousin whose picture his mother clasped the day his father abandoned him. Though they occurred decades apart, he always believed the two disappearances were connected like opposite links of a chain. With Millie’s arrival, perhaps he might finally receive the answers he so desperately sought. However, Ryan has a third thorn in his side, more devastating than any mystery. His wife, the love of his life, has left his arms and his bed. How long before she moves out of the house and takes his beloved son with her? He prays for his own Christmas miracle. Millie’s anticipated visit prompts Ryan’s mother to reveal secrets that bring all to light. However, when past and present collide, the truth is more than Ryan can bear. 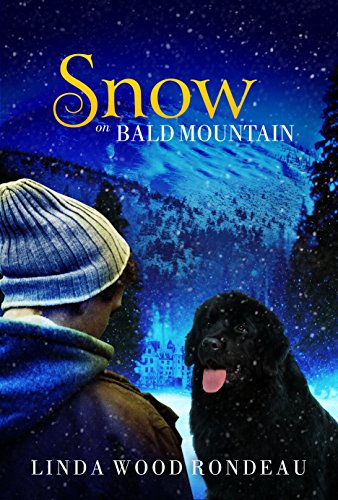 Ryan McDougall still has much to learn about this life called Christian. When his wife tells him she is pregnant, he looks to make a change, especially since Ma’s cousin Millie has moved into the already crowded house on Maple Street. Ryan takes a job as caretaker for a Bald Mountain estate owned by an eccentric, elderly woman. He hadn’t expected to become attached, not only to the natural beauty that surrounds the property, but to the owner herself, the widow of a famous politician and the daughter of an early twentieth-century petroleum tycoon. As the McDougalls befriend their generous employer, Bald Mountain bursts with new energy until a Christmas blizzard and pregnancy complications bring Ryan to his knees yet again. 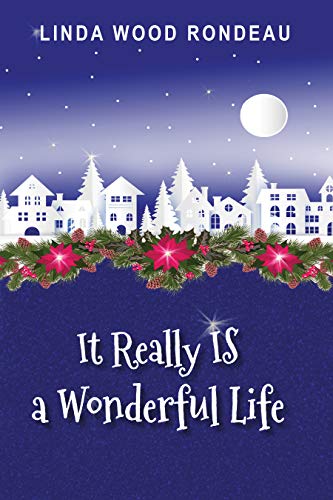 Midville newcomer and Iraq War widow, Dorie Fitzgerald, despises the frigid Adirondack wasteland that has now become her home. After twenty failed job interviews, she questions the wisdom of moving to be near her parents. Desperate to belong, she joins the local Community Theater, in production for It’s a Wonderful Life.

Jamey Sullivan has put his professional life on hold in order to run the family business and to help his ailing father. He signs on for Midville’s production of It’s a Wonderful Life, although he hopes to receive a Broadway casting call any day now.

When these two meet, they are instantly attracted to one another. However, ambition, demanding children, and a romantic rival threaten to squash their growing love for one another. Each must discover that the best things in life are found where your heart resides.

It Really is a Wonderful Life is set in the beautiful Adirondack mountains, a perfect backdrop for a Christmas romance. 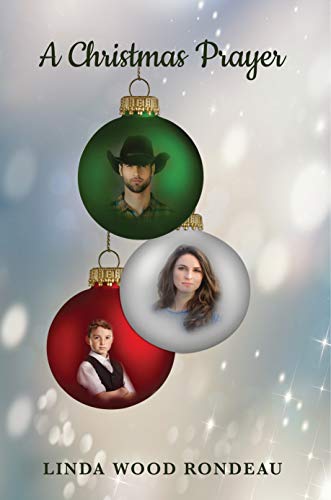 A country music star, a beleaguered woman, an autistic boy–do they have A Christmas Prayer?

A year after learning of a son’s existence, Country music legend, Ethan Jacobs returns to Jasper Falls, a place of bitter memories, to help his twelve-year-old autistic child, given up for adoption at birth. Orphaned after the death of his adoptive parents, the boy is at risk of institutionalization due to probation violations and alleged inadequate guardianship of his current caregiver, an older, adoptive sister. In view of his son’s delicate emotional state, the court advises Ethan to keep his relationship to Gib secret for now. As far as Jasper Falls knows, Ethan is in town to perform a Christmas benefit, although he longs to tell the world his current hit single, A Christmas Prayer, was inspired by a son he has yet to meet. Ethan’s intent was to rescue Gib. Instead, his presence seems to complicate the child’s life even more.

Check out our May New Releases! New in Fiction Once Upon the Shadows Written by Faith Colleen Weaver Everyone fights their Shadows. Not everyone can win. Kaley is lost in the dark. After years of unspeakable deals made with the Shadows, she fears her heart might be permanently bound to the darkness. In a final…

Check out our April New Releases! New in Fiction Forbidden Truth Written by Debra Torres What happens when living the dream means losing yourself? Johanna Yoder can breathe again. Willow Brook’s once tyrannical Bishop Zook has been replaced by Gott’s true elect, Gideon Hochstetler. And the new bishop can’t help but show some special leniency…

Elk Lake Publishing has been busy! Check out what books released during the first quarter of 2022.   New in Picture Books   Heaven’s Heroes, An Empty Tomb Written by Kristin Lehr, Illustrated by Alicia Berry An Empty Tomb is a Christian picture book depicting the events of Holy week. This beautiful retell is told…