For Your Fall Reading Pleasure

Shorter days. Longer nights. The perfect combination for more reading. And here are some recent releases for your reading pleasure.

Middle Grade: No Bones About It by Annette O’Hare, Trouble in the Halls by Shelley Pierce, The Bomb Squad by Jill Chapman.

Children’s: Your Home in Heaven by Donna Wyland

Nonfiction: You’ve Got It, I Want It by Poinsett, Enough! by Diana Mood, and More Than My Mountains by Whitney Ward.

When Jake Reynolds left Archer Springs, Texas, in June 1957, he planned to return at the end of the summer, but that was before he found out his best friend and his fiancée had eloped together. Devastated and betrayed, he never returned to his hometown.

Fast forward twenty-five years. Jake receives a letter from a local land developer stating the property willed to him by his aunt and uncle will be destroyed and used for other purposes unless he returns and sells the land and house. A long-ago promise to his aunt and uncle that he would always keep the property in the family comes back to haunt him. Now he needs to return and keep his promise, but that means coming face to face with the two people who betrayed him twenty-five years ago.

Just an ordinary morning for Sarah Sweeting—watching her favorite baking show, Cupcake Rivalry, getting ready for work at her Granny’s small-town bakery. All that changes when Sarah spots a contestant who looks like her, sounds like her, moves like her.

Was this her twin sister? The twin her mother ran away with twenty years ago? Were hers and Granny’s prayers finally being answered?

Raven Souwer’s morning began at a frenzied pace—incessantly ringing phones and a Beverly Hills’ bakery full of customers. All because everyone wants to catch a glimpse of the Cupcake Rivalry contestants—Raven and her best friend, Will Durning.

But a phone call from an excited woman who claims to be Raven’s long-lost sister—a sister Raven has no memory of—informs Raven that a grandmother she never knew was in the hospital.

The call changes the course of Raven’s life and brings up the pain she thought she’d overcome.

Will Sarah and Raven finally be united, or will other rivalries separate them again?

In The Bottle House, a heartbroken widower, a betrayed nurse, and a disheartened teacher find their way to Bethany R&L Behavioral Healthcare Center. Can a compassionate chaplain and his colorful collection of bottles help bring them healing? 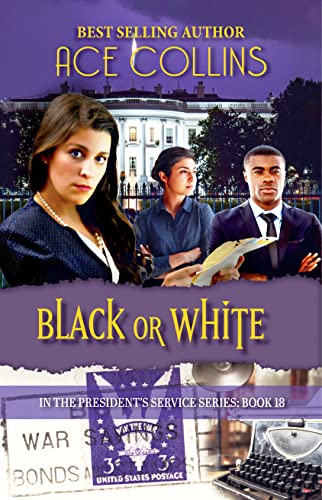 In Black or White, Helen Meeker faces a confounding mystery that includes a congressman, a mobster, and the German high command. Triggered by a bank robbery, a suicide, and a kidnapping, Meeker’s team is put on high alert and drawn into intense action where one of them is gravely injured. In Washington, St. Louis, Chicago, and up and down the Atlantic coast, they are saddled with the seemingly impossible tasks of protecting key government secrets and saving the lives of two innocent children. The keys to this mystery are found in a grave, a safety deposit box, and details of a violent assault that happened decades ago. Discovering how they tie together is the only way to prevent plans for D-Day falling into Hitler’s hands. In pages filled with adventure, drama, intrigue, and action, the team is also forced to confront something unexpected that makes them and the reader question the validity of a world that sees only in black and white.

A Kingdom in Chaos. A Merciless Enemy. A Desperate Quest.

Heat radiated from the gem against her palm, and like a burning ember, the opal stone glowed red.

At seventeen, Princess Lyric rides a horse better and faster than do any of her father’s prized knights. She knows how to dance at the palace balls, how to flirt with the guards, and how to cajole the king into giving her almost anything.

But she’s never learned that non-human, intelligent beings—some of them savage—live in her world. She doesn’t know the gem in her necklace is far more than a family heirloom. And she doesn’t realize the visiting prince who has come to court her wants much more than her hand in marriage.

Overnight, her kingdom is torn from her and her only option is to run. Accompanied by a maidservant and a handsome lieutenant in her father’s palace guard, she must learn to fight, to lead, and to trust those at her side—human or not. If she doesn’t, she won’t live long enough to reclaim her throne.

Why would tribal leaders shut down the construction project? What did they find? Who sent the anonymous tip?

Jeannie McKay and Max join her friends on a goodwill mission trip to the Navajo Nation in New Mexico to build a medical clinic and a new chaha’oh (a meeting place or shade house).

Tensions rise when the missionaries accuse the Navajo president of wrongdoing. When Jeannie and Max dig deeper and unearth clues revealing the shocking truth, tempers flare. Can she find the courage to confront the forces aligned against her?

And how far is her adversary willing to go to make sure she stays quiet?

Every sixth grader, at one point or another, believes middle-school exists to torture innocent kids.

Why else would such things as algebra, rope climbing in gym class, and the options in the cafeteria be the realities? Peer pressure and the painful need to either fit in or blend in.

Jase Freeman, resident struggler to blend in, found himself the object of attention once again. Every kid in Crumberry Middle School had heard about the engagement of the century. No one congratulated Jase. No. They stared at the kid whose mom was going to marry the algebra teacher. Seriously. Who does that?

If the upcoming wedding wasn’t bad enough, Mr. Tims is the guy he used to be. He went from fun teacher to you-better-tow-the-line-stepdad-to-be.

Jase Freeman’s story takes twists and turns through friendships—old and new as he weaves the halls of Crumberry Middle School. He learns first impressions aren’t always right but sometimes a gut feeling is.

Bryan and his three friends, Josh, Shorty, and Tim, find adventure at every turn. After a Fourth of July fiasco, when Bryan accidentally sets off the community fireworks, the boys earn the nickname The Bomb Squad.

Although the neighborhood holds a grudge, this doesn’t stop the boys from investigating a mysterious new neighbor who might bring trouble to their town. The Bomb Squad sets up surveillance to discover his secrets. Can the boys redeem their reputation in the neighborhood before Shorty eats all the snacks?

Their round-the-clock watch gets them in trouble again, yet they learn enough to know the investigation isn’t over. The boys uncover some weird clues, and even Max, Bryan’s dog, gets in on the action when he finds a key that unlocks the mystery.

When some strangers show up, and a fight breaks out, the boys must lean on each other like never before. Will The Bomb Squad keep the neighborhood safe, or will trouble explode on them again? 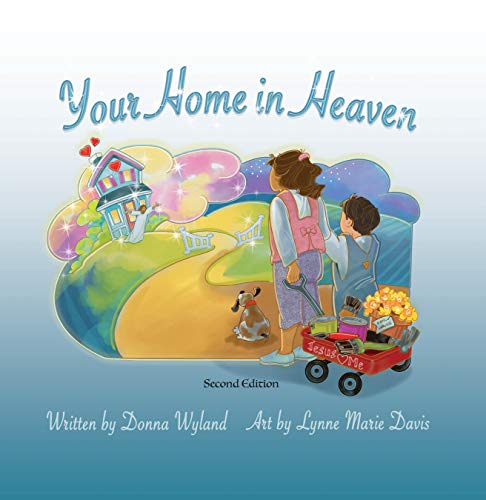 Children will delight in God’s promise of heaven where Jesus builds their forever home in this colorful book that reminds them of his great love. Your Home in Heaven …

•Teaches about God’s promise of heaven.

•Comforts through the truth of eternal life in heaven with Jesus.

•Encourages godly living as children learn the fruit of the Spirit.

•Inspires children’s creativity as they imagine their own home in heaven.

A heart at peace gives life to the body, but envy rots the bones. (Proverbs 14:30 NIV )

You’ve heard the expression— “What you don’t know can’t hurt you.” That’s not entirely true. Not knowing about jealousy, envy, and coveting—not considering their characteristics and consequences—can lead to spiritual heartburn. Any one of these emotions can rob you of valuable inner space and steal your peace, leaving you dissatisfied with yourself, your life, and your relationships . These feelings can even affect your relationship with God, but life doesn’t have to be this way. You can gain and grow by learning from biblical characters who struggled with the power of wanting—characters such as Eve, Cain, Sarah, Joseph’s brothers, Moses’s siblings, David, Asaph, John the Baptist, and many others. Their stories are fascinating and insightful.

The story you are about to read lays bare the soul of a very painful personal journey. Seldom will you encounter such an honest and probing assessment of brokenness and the intervening grace of God. The pain of a childhood without its expected joys and freedom. The crushed hopes, dreams, and deep wounds of being used and cast aside as a young adult. The growing strength that only a loving Savior can grant in an environment of total despair. Our Heavenly Father snatched Diana from the abyss of depression and defeat. He began to build wholeness and peace into her broken life – a process that continues to this day. Jesus has not made her strong in her own abilities. Rather, He has become her strength and has used her broken life to keep her dependent upon Him. Triumph and peace are found in the Savior. Walk in Diana’s steps as you turn the pages of this book and learn of the One who redeems when all seems lost.

What would you do if you were the first person diagnosed with a rare mutant gene? What if your doctors told you that you shouldn’t be alive?

In 2013, Whitney Ward was diagnosed with a rare gene mutation, discovered by her team of doctors at the National Institutes of Health. The medical discovery unlocked the mystery of what had caused her autoimmune and immune diseases, but eventually the scientific find led to the shocking news that Whitney should have never survived her mother’s pregnancy.

After living a childhood filled with overcoming challenges, surgeries, hospital visits, school absences, and unanswered questions because of her chronic illness, Whitney embarked on an upward climb with her medical team to find the answers to this unknown disease.

Join Whitney as she shares her tumultuous mountain climb and intertwines her story with the stories of others who have faced mountains. Learn how you can make it to the top of any peak. Gain courage from Whitney’s words as you realize—You are MORE than your mountains.